Believe it or not, but not everyone wants to travel.  This statement left me flabbergasted as well.  To be honest, I can’t think of a single reason why NOT to travel!  But to answer the question however, here is just a few reasons why I love travelling.

Remember that time when we were in the middle of the ocean, on a small long tail boat and it was pouring? The boat started leaking, and the “captain” had a small bucket with which he scooped the water out of the boat.  We just looked at each other and started laughing hysterically. Yup, that was seven years ago already!

To this day I still have contact with people that I met on my first European coach trip.  The one girl in particular lives in San Francisco, worked in the Peace Corps in Swaziland and we met in Europe. Each year I would send her some rooibos tea and sometimes we just randomly catch up on whatsapp.

The more you see, the more you realise that you haven’t seen anything yet! There are so much more to see, taste, hear and experience.  Once a year, go someplace you have never been before.

You only live once! Make it count.  Work hard and play hard.  See the world.

We have recently added another travel partner to our little family!  Alexander, born 27 August 2016.  We wish you many happy travels my baby!

Boarding for the first time!

As probably with all first time mothers, I was very stressed about travelling with my four month old for the first time. Being exhausted most of the time from pajama-drill, we decided to keep his first trip low key and travel time to a minimum.  You will find many articles, with all sorts of advice to assist you.  But while it is still very fresh, I would like to share a few personal tips for parents travelling with a baby for the first time. 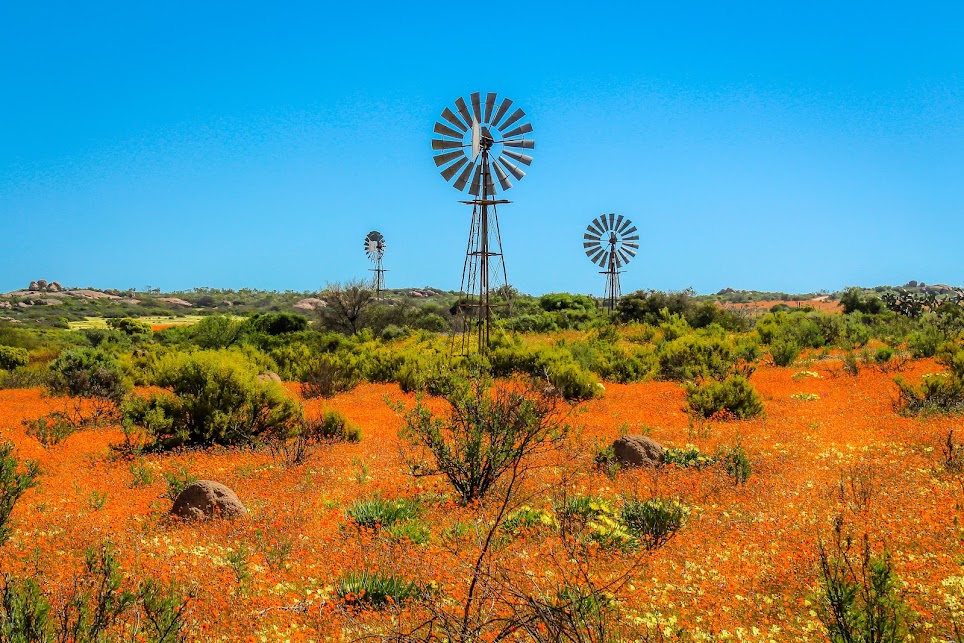 In this series of articles about the South African West Coast and Namaqualand, my husband and I will take you on a road trip with us from Namaqualand in the Northern Cape, Springbok slowly road tripping all the way down to Lambertsbaai, Nieuwoudtville, Clanwilliam, Citrusdal, Paternoster, Darling and then lastly to the majestic Cape Town.

The Namaqualand Flower Route lies roughly 500km north of the Cape Town International Airport. As we are based in Pretoria, South Africa we took a quick two hour, early morning flight to Cape Town International Airport. We rented a small hatchback and drove all the way up north on the N7 tarred road. If you plan on going a bit off road rather rent a SUV or 4×4, but for our purposes our hatchback was perfectly fine. We drove the 571km (about five to six hours) from the airport to Springbok on the same day.

Our actual sight seeing journey then only began all the way up north in Springbok from where we traveled slowly back south where our road trip ended in Cape Town, spending a few nights there before returning home. Almost as soon as we left Cape Town we started to see patches of wild flowers. We were a bit rushed to reach Springbok before sunset and stopped only once at the Kardoesie Farmstall close to Citursdal for lunch. Their home baked goods and ginger beer were delicious and needless to say we stopped there again on our road trip back to Cape Town.

The spring wild flowers of Namaqualand are a phenomenon that never ceases to amaze! Namaqualand is a barren region in the Northern Cape of South Africa. Once a year after the winter rainfall, this semi-desert, dry and dusty plains is magically transformed into a kaleidoscope of colour by the wild flowers. More than 3000 different species of plant seeds lie awaiting germination that depends entirely on the winter rainfall. Every year between late July and September a different selection of flowers explodes in the landscape according to the winter rainfall.

The best time to visit?

The quantity and quality of the wild flowers is completely dependent on the winter rainfall. The flowers may be earlier or later and this varies from year to year. Sporadically during the late winter months of July, August and early spring month of September the best flowers can be viewed.

Springbok is the largest town in the Namaqualand area in the Northern Cape province of South Africa. It is named after the springbok (Antidorcas marsupialis), an antelope found mainly in southern Africa. The town has a population of roughly 10000 to 15000 people, which would still be considered a small town by most. It is the main town of the Nama Khoi Local Municipality, which also includes a number of surrounding towns such as Okiep and Nababeep.

Where did we stay?

We met up with family and camped at the Springbok Caravan Park for a few days. The traditional dinner while camping is of course “braaivleis” or barbeque. “Potjiekos” is also very popular and delicious dish. Stew slowly cooked in a iron pot over an open fire. I am of the opinion that the local people in Namaqualand and the West Coast are the most interesting of the entire South Africa. They are known for their hospitality and friendliness. From Springbok we did daily trips to Okiep, Nababeep, The Namaqualand National Park (Skilpad Wild Flower Reserve) and even Port Nolloth on the West Coast

These are both small towns located more or less 10 to 20km north of Springbok and was in the late 1800’s founded as copper mines. Both towns are main attractions for Namaqualand wildflowers during late August and September. The local Nababeep Mine Museum is testimony to its mining history and displays Clara, an old steam locomotive and old mining equipment. Tip: pack snacks and drinks as restaurants and shops are scarce in this area.

This national park is located about 85km south of Springbok and north west from the town of Garies. It harbours a rich display of Namaqualand daisies that blooms annually in late winter and early spring months. In my opinion this is where we saw the best flowers in the Namaqualand region. There is a dirt road that circles Skilpad for about five kilometres through the blooms. There is a viewpoint to stop at and also some hiking trails. For the famished there is a small farm stall where we stopped for some delicious “rys, vleis en aartappels”, which is Afrikaans for rice, red meat and potatoes. They serve hearty traditional South African home cooked meals.

Port Nolloth is a small seaport town about 157 km north of Springbok in the Namaqualand region. It was previously used as a shipment point for copper from the Okiep mine and diamonds from the Namaqua Coast. The Port Nolloth Museum is a must see and try some of the delicious fish and chips from the take out in the main road!

We did not manage to visit the Goegap Nature Reserve, but apparently it is also a must-see with its endemic succulents. Many South African bird species can be viewed and wild life that can be seen includes the endangered Hartman’s Zebra, Springbok and Gemsbok.

Please read in my next article about our adventures on our way from Springbok to Lambertsbaai.